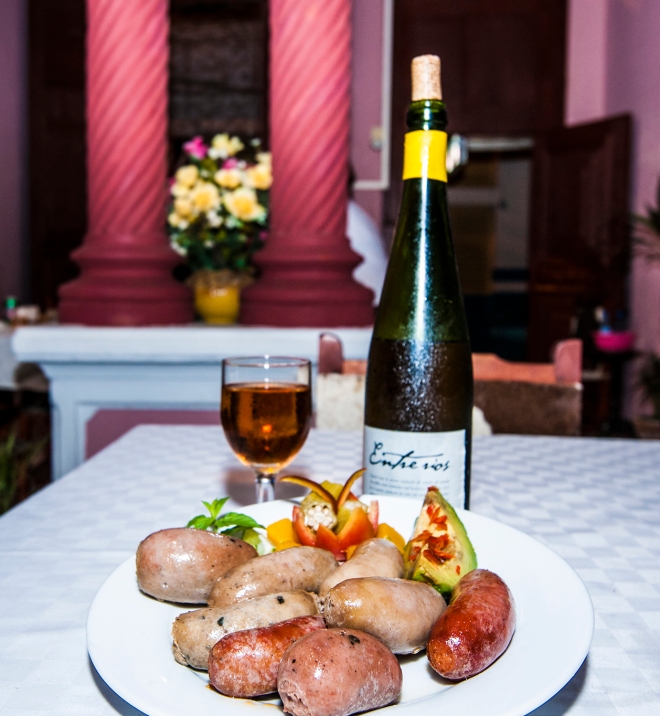 The first to introduce sausages to the New World was Cristopher Columbus, who brought them over on his first trip. Columbus enjoyed having wine with pieces of sausage, which in the bars of Spain were called “tapas”, the Spanish word for “lids”, a name given to these bits of cold meats because they served as lids on the glasses of wine to prevent flies from dropping inside

The fact that Columbus was bringing over sausages on all of his trips wasn´t only due to a culinary preference, but also to a logistic need, since during that time there was no means for the conservation of fresh meats. His first trip turned out to be much longer than planned and the food reserves became scarce. Fortunately, when Rodrigo de Triana screamed out “Land in sight!”, the hungry fleet was relieved. Yet while the famine was somewhat appeased, the menu of fruit and casabe (bread of the Indians) had little or no meat.

On the islands of the Caribbean appeared a variety of wonderful and rare species, fragrant, sweet fruits, mutli-colored fish, and more. Yet despite the Admiral´s jumping from island to island, there was no paradise as he did not find big animals that would allow him to eat meat. The bottle of wine he had reserved for the celebration of his discovery hence had to be accompanied with fish and iguana meat.

To be fair to the New World, there were indeed animals that provided good meat: crocodiles, the maja snake and the loggerhead turle (caguama). These, however, to which he referred as “serpents with vile eyes” did not sit well with Columbus´ stomach, and while he did eat jutía (a rodent in Cuba) he didn´t like it as it made him feel as though he were eating mice. Perhaps this was the main reason for which during his second trip in 1496, the sailor decided to turn his ships into Noah´s arks. He brought cows and pigs on his ships in order to provide the New World with better meats to consume. In Cuba, Cristopher Columbus left animals so they could procreate in the Cabo Cruz area, which is today the province of Granma. 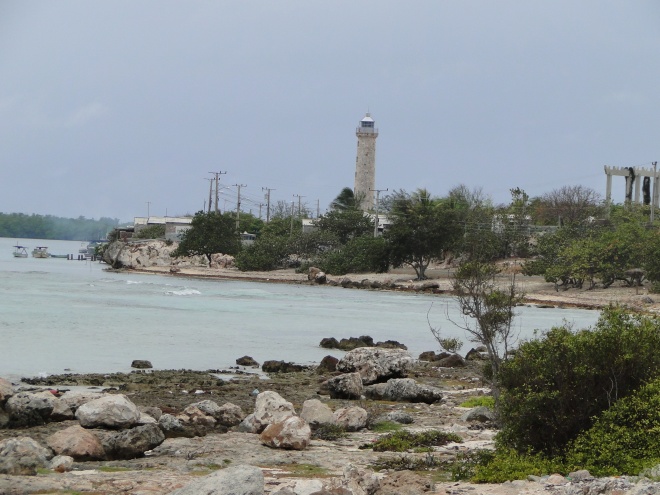 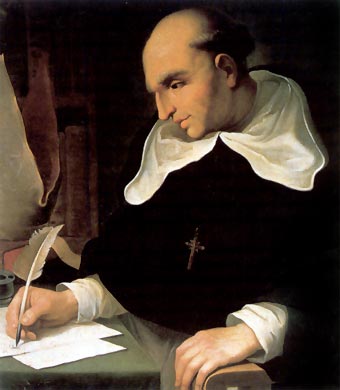 These first immigrant animals thrived on the extensive grasslands and with no enemy killing them for food, within 30 years the initial number multiplied into hundreds. The natives of the region quickly learned how to benefit from these animals. This greatly amazed friar Bartolomé de las Casas, so much so that he brought it to the King´s attention in one of his letters: “These Indians we know as savages are already taking advantage of the meat and the milk from the cows.”

In addition to the Indians, news reached the buccaneers and pirates in the Cauto zone where cattle was abundant. They began a lucrative business of beef and leather contraband that brought prosperity to the town. The captured cattle was traded with Santiago de Cuba and other nearby towns.

The proliferation of cattle and pork in this region not only had an economic impact but also marked the development of a gastronomic culture based on milk and meat.

In addition to cheeses, butter and sweets, dry cured beef, meat dishes and sausages became very popular. Different types of cured meats began to swarm the markets and tables in Bayamo and of course the Bayamo sausage (longaniza) was among them, now adapted to the tropical conditions and ingredients. It was so popular that it soon became one of the characteristic cultural heritage dishes of the Bayamo region (today provincial capital of Granma).

At the beginning of last century, the Bayamo longaniza reached its maximum splendour. Its fame was such that rural guards from other towns made the trip to Bayamo to buy it.

Making the sausage was simple. It is said that the butchers had an enameled receptacle in which they squeezed a few lemons, and, as they were selling beef and pork meat, the remaining bits were thrown into the receptacle. The acid in the lemon cooked the meat all day and it was left this way the entire night. 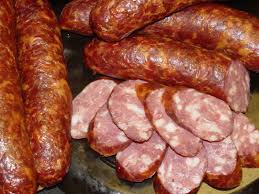 On the following morning ground black pepper was added as well as garlic and other aromatic spices according to taste or the secret of the house. Then, pig or cow intestines (preferably the small intestines) that were previously washed, perfumed with guava, inflated with air and put out in the sun, were stuffed with the prepared meat, knotting the intestine into fourths. The sausages were then boiled and hung to dry in the sun. They were then fried in warm pig lard before being eaten, although some liked to have them “natural”.

The dish was always sold during the Kings’ Holidays and the main celebrations of the city. It was almost always accompanied with good moist casaba, said to clean the throat of any fat and absorb the rest. his was an ideal dish to be accompanied by beer or rum.

Today some Bayamo restaurants support this tradition, mainly Doña Fina, whose slogan is “The house of the Cuban cold meat” and where all kinds of sausages along with the Bayamo longaniza can be enjoyed. 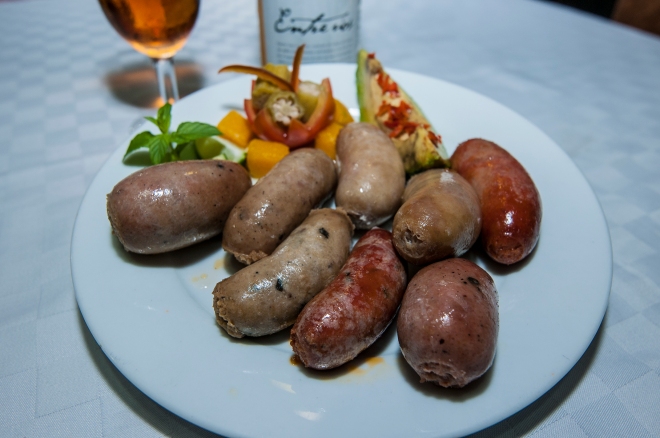 The tradition has perhaps languished somewhat, but after tasting one of these delicious sausages one ends up being grateful for what Christopher Columbus brought over and, precisely for this region, the first beef to the New World. 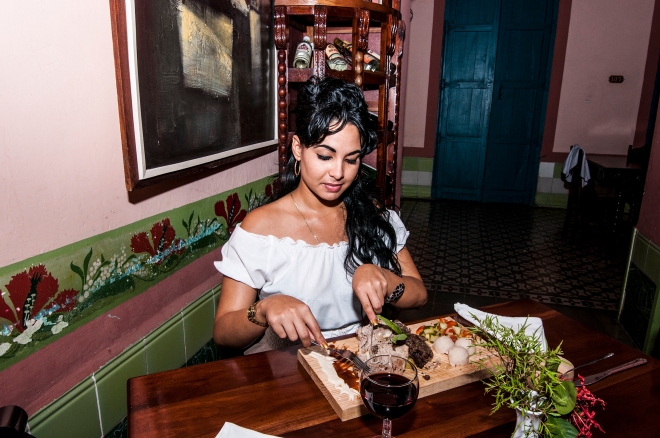